Big announcement coming soon… In the mean time, check out this new poster.

We’re happy to announce that Thane of East County is going to be screened at the upcoming Cinema on the Bayou Film Festival in Lafayette, Louisiana! Our director, Jesse Keller, will be in attendance. If you happen to be anywhere near Cajun Country in late January, please swing by, say hello, and check out our film and the other great ones they’ll be showing!

Check out the brand new trailer for THANE OF EAST COUNTY

Excited to announce that THANE OF EAST COUNTY screened at this year’s Poppy Jasper Film Festival, and we went home with the award for Best Drama! Thanks, Poppy Jasper for recognizing the hard work and artistry of everybody involved in this film.

Our premiere for Cast, Crew, Investors, and Backers (and friends & family too) was held at the San Diego Museum of Photographic Arts on Sunday, January 31st, and it was a shining success. Check out some photos from the event: 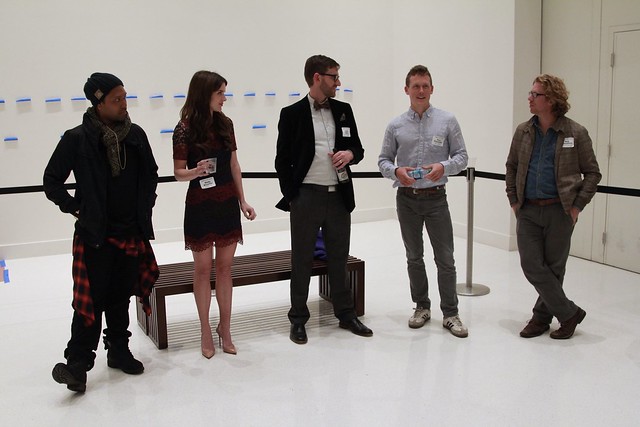 Here’s the mark-one version of Thane of East County’s official poster! Check it out:

To celebrate the one-year anniversary of our successful Kickstarter campaign, check out some of these great photos from behind the scenes of our production:

END_OF_DOCUMENT_TOKEN_TO_BE_REPLACED

It’s been an eventful year. After making our Kickstarter goal in July, we began principal photography on the film just a little over a week later, and it’s been non-stop action since then. Our wonderful cast and crew all brought their A-game and, during the 18 days we were in production, elevated our little movie even beyond what we had hoped for. It’s looking so freakin’ great, and I can’t wait to share it with you all.

After wrapping principal photography, I took a day off to sleep. Then I started editing.

It’s a strange experience; production takes a village, but post-production takes a hermit. I had thirty or more great collaborators as we were shooting, but since then, it’s pretty much been me and the computer. But I’m happy to announce that we’re within sight of a finished movie!

I’ve been sharing it with a few trusted friends and advisors, getting feedback, tweaking the final cut. I’m really excited about how it has turned out. Now we’ve just got a few more things left (sound mix, final image grade) before we’ll be ready to show it to you!

Thanks again for all your support. We’ll be in touch soon with more updates!